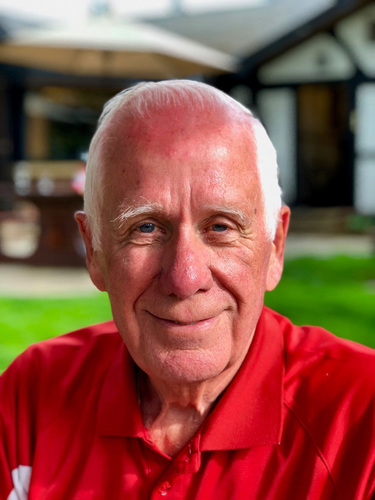 Tony came to Canada as a teenager, and joined the Royal Canadian Air Force in 1958. After a 32-year career with the air force, which included a stint at Royal Roads Military College in the late 60s, he and his family returned to the island in 1990 settling in Nanaimo.

Since his arrival in the diocese he has been very active in the church (both St James, Nanaimo & St Philip by-the-Sea, Lantzville) where he has twice been a warden, a synod delegate, and, for the past 10 years, the treasurer at St Philip.

He was also one of the founding board members of the Loaves & Fishes Community Food Bank in Nanaimo, and spent 14 years on the board, serving as chair for 8 years.

In 2015, Tony was asked to join the diocesan Refugee Committee, and subsequently took over the responsibility for all the sponsorship activities for the north island from Mill Bay to Port Hardy.

in this role he makes full use of his 50+ years in administration, financial matters and group facilitation activities and gets a huge thrill from seeing the joy and gratefulness on the faces of the newly arrived refugee families, and especially watching the children blossom in their new world.