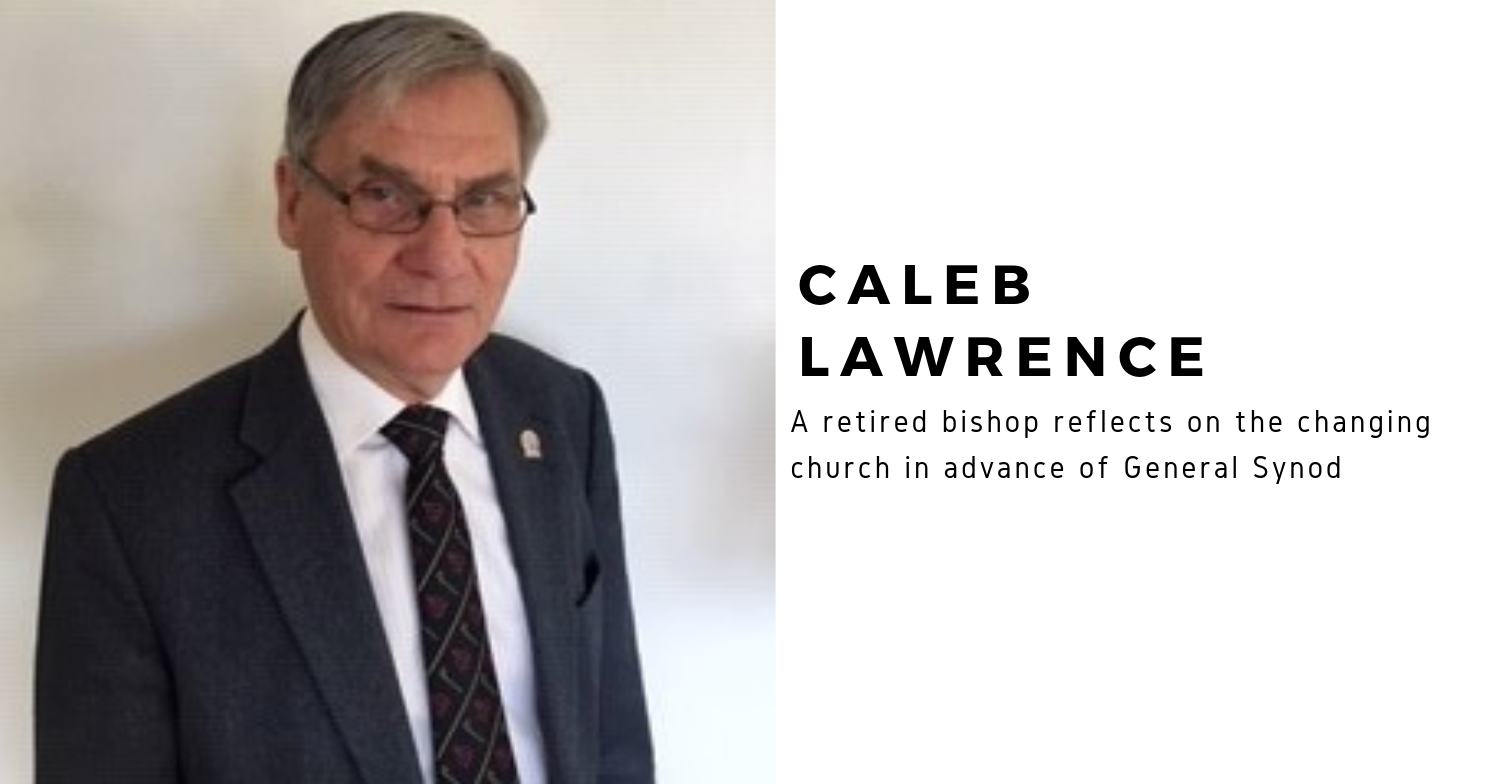 My wife, Maureen and I are of a “certain age” in our lives’ journeys. Looking back over many decades with the benefits of hindsight we realize that we live today in a far different world than that in which we were born and in which we lived our formative years. If you can read these words your life journey is not over yet, and there is more change ahead of us—much of which is beyond our hopes or imagination.

We are also part of a church community. If you, like me, have been a member of the Anglican church for most of your life, we have been part of a growing experience of what it means to be an active and committed church member in a community much different from that of our childhood and earlier life.

As I look back in memory to the 1940s and 1950s the picture I have is of a rigid institution, worshipping in an archaic language, exclusively male in both language and leadership at all levels, and where other churches were noted (and criticized) for their differences rather than affirming a faith which was shared. So much has changed!

Through it all, I sense a church today more open, inclusive and welcoming to all than I ever could have imagined, and have come to understand that what we have now is more reflective of the love which Jesus taught, modelled and died for. Rather than evaluating a church from the perspective of conformity to a set of rules and regulations, the test for both individuals and church communities is, “how do our lives model that of Jesus as portrayed in the Gospel?” While we are by no means perfect, we are on a journey as disciples of Jesus, within the community of the church. That journey has changed us, and we continue being changed as followers of Jesus.  In July, the Anglican Church here in Canada will face three challenges, each involving change in how we live as a Christian community in Canada, as our representatives meet together in General Synod in Vancouver.

One challenge is to allow First Nations and Aboriginal members of the Anglican church to develop an expression of Christian life and worship which resonates with the thousands of years of experience that informed their culture and spirituality prior to contact with those from other lands. The experience of the early explorers, and the influence of those who sponsored them, including commercial and religious societies, as well as a gradually overwhelming number of immigrants, were to dominate the indigenous members of this land, and deny and repudiate the richness of their knowledge of life and stewardship of the world's resources around them.

The challenge today is whether the institutional church can include its indigenous members as partners with gifts to share, or remain more exclusively a settler society, the character of which is more reflective of a foreign historical context insistent that those indigenous to the land be treated as subjects who are expected to conform to the status quo.

A second challenge is to give second reading to a proposal which, if passed, would change the regulations with regard to marriage, specifically to permit the marriage of persons of the same gender to one another in a church service. This goes beyond the present Anglican understanding of marriage between a man and woman to the exclusion of all others.

Like many other institutions, that of marriage has developed and changed over the centuries. At first it was more a legal contract, limiting sex to a monogamous relationship between a woman and man for a lifetime commitment, in which children born would have a balanced upbringing from both a male and female parent in a family relationship. When the first Anglican prayer book was written in the mid 1500s, an additional understanding was introduced, for the benefit of the couple to be married – “for the mutual society, help, and comfort, that the one ought to have of the other, in both prosperity and adversity.” The proposal before General Synod is to determine whether these understandings of marriage must continue to be applied exclusively to heterosexual couples (male and female), or can be understood inclusively to two human beings of whatever gender who share a deep love and affection for one another and want to solemnize that relationship through vows of marriage within the church.

The third challenge for this General Synod is to elect a new primate of the Anglican Church of Canada. Archbishop Fred Hiltz has provided tremendous leadership to the church, both here in Canada and through the worldwide Christian world for the past twelve years. The bishops of the Canadian church at their latest meeting have nominated five of their members as candidates for this office, and the new primate will be officially installed near the conclusion of the synod meeting. The names of the candidates and a brief introduction of each is included in the current issue of the Anglican Journal, which most of you will have received. The task of the clergy and lay members of the General Synod is to choose which of those nominees is best suited to the task of presiding over a church whose members share a common faith but have many different concerns with regard to how that faith is shaped and lived out.

So, under the leadership of a new primate, the Anglican church of which we are members will move forward as a result of the decisions to be made at General Synod in July, as a church which continues to change and be changed. I believe that God’s Spirit will shape and enable our church community to be faithful to the truth which it has received as disciples of Jesus in the place and time in which we live. I look forward to the journey, and the challenge of new life which is part of it all.

Caleb Lawrence was born in a rural farm house in Nova Scotia, the oldest of six children. Graduate of the University of King’s College in Halifax he went on to study in England and Europe. He and Maureen have three adult children and five living grandchildren. He was ordained priest in 1965 in the Arctic Quebec where he served for fifteen years. After serving as bishop of Moosonee for thirty years he and Maureen retired to Vancouver Island in 2010. In this diocese he has served in interim parish ministries and was assistant bishop for six months between Bishops Cowan and McMenamie.