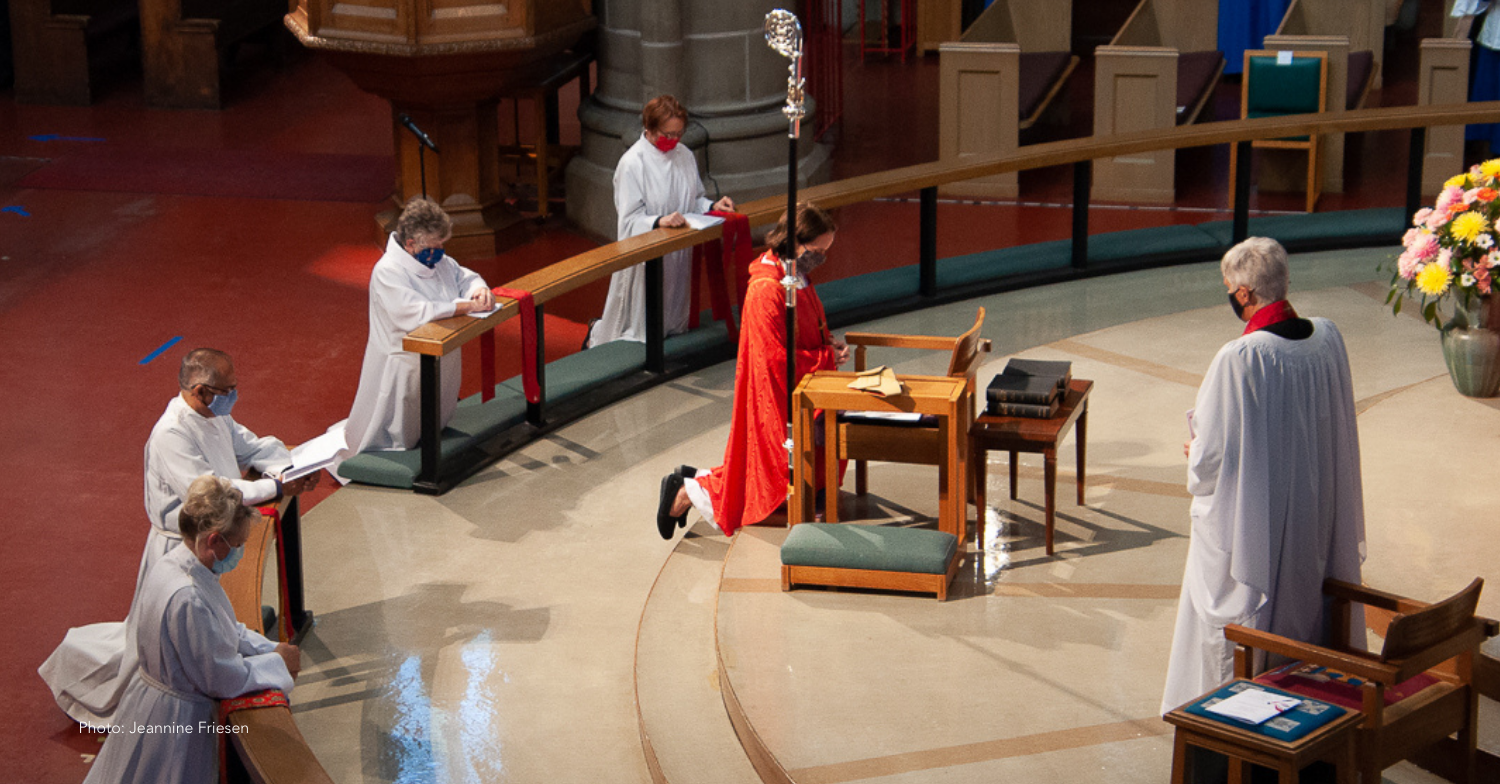 Paul Bramadat, my close friend and a presenter at my ordination on Sunday, September 12, asked me during a meeting of research fellows at the University of Victoria’s Centre for Studies in Religion and Society, “So John tell us why you chose to be ordained?” Paul’s question came with a prelude. “Given that you are a scholar of religion and, moreover, a theologian who affirms the truth and power of a variety of religious traditions, why throw in with the Anglicans?” As the conversation continued, I realized that several questions were at play, some explicit and some subterranean. An explicit question in a room full of religion scholars: “Doesn’t commitment to any tradition presume a confessional claim to superiority?”

Another question in the room was rendered explicit: “The pageantry of the ordination still has an imperial feel. How do you reconcile that performative feel with your core convictions about religious pluralism?” Beneath that query lingered another: “Given the sharp scrutiny that Anglicans and other orms of Canadian Christianity are now facing in the wake of multiple scandals—most especially the discovery of the bodies of Indigenous children in unmarked graves—how can a thoughtful and ethically committed person join a community with such a troubled legacy?” That question was never openly broached, but it was in the air.

As I pondered these questions in the week immediately following my ordination, I realized that these are just the sort of queries to be presented to a deacon. As Bishop Anna said in her sermon, deacons are “called to interpret to the Church the needs, concerns, and hopes of the world in 2021 not in some ahistorical la-la land…” Deacons go out into the world not only to serve but also to listen. And for those who seek to listen in depth, such questions are precious.

As for answers, those are hard to come by. Questions of such depth deserve deep reflection, and every Anglican Christian must respectfully wrestle with them. One answer I gave: as an academic theologian teaching in a seminary, I felt I was playing the role of a coach who remains safely on the sidelines. In a time of multiple crises, I must get on the field of play. If we want to have a good chance at mitigating the direst effects of the climate crisis, religious communities must play a role alongside a wide range of other social actors. This sports analogy was cheerfully received and found to be helpful.

And, I said no, commitment to one tradition need not imply that you take other traditions to be inferior. God’s saving presence and power cannot be confined within the walls of any church, no matter how stately. As for my confidence in the truth of Christian tradition, you can be confident without being uncritical. Every tradition offers a particular way of accessing ultimacy, but it is not itself the ultimate. William Sloane Coffin’s insight still holds: we must strive to avoid being either “uncritical lovers” or “loveless critics.” There is no perfect tradition, religious or secular, that remains uncompromised by structural evil. To commit to leadership in a tradition means only that you find yourself loving an all too human and flawed community through which the winds of the Spirit still blow. All our mortal loves are, after all, imperfect.

I also confided to my colleagues that we Anglicans may love our processions, but, pageantry notwithstanding, we are haunted by a mood of melancholy, acutely mindful of past wrongs and all too aware that an older form of establishment Anglicanism is passing away, at least in Canada. Don’t let our love for beauty and ritual fool you into believing that we are unaware that something old is rightly dying even as we pray that something new might yet come to be. We are after all a resurrection people.

I am unsure that my answers were wholly satisfying. How could they be? They are the fumbling first attempts of a new minted coach turned wide receiver (I imagine Bishop Anna as the QB). Still, these are the conversations that every Anglican must join if we are to find a way to truly hear, heed and heal the cares of the questioning world that God so loves.

John Thatamanil was appointed diocesan theologian by Bishop Anna Greenwood-Lee in the summer of 2021.  He is associate professor of theology and world religions at Union Theological Seminary (Manhattan). He is the author of Circling the Elephant: A Comparative Theology of Religious Diversity and The Immanent Divine: God, Creation, and the Human Predicament; An East-West Conversation and a regular contributor to the Diocesan Post.